Stanley made lots of friends at work. Everyone was excited to see him. Here is Stanley at my computer. I'm an interior designer and I help architects design buildings. 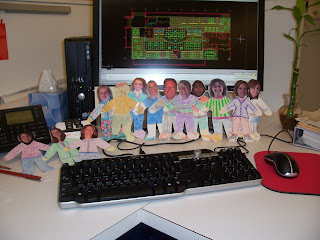 Stanley got a tour of the office. 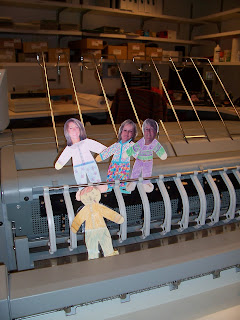 Jenny, Claudia and Karin showed Stanley our plotter. It's a machine that prints giant pieces of paper. 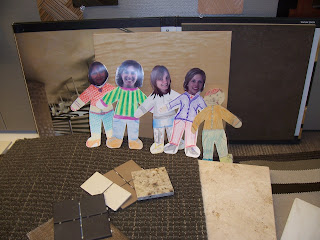 Then Caroline, Carrie, Amy and Kirsty helped him pick out some carpet and tile for a new office. 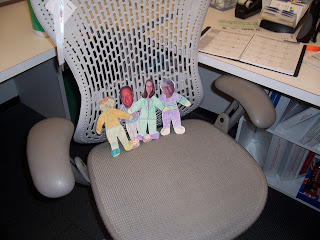 Harry, Anne and Karin showed him how the computers work.
At lunch Flat Stanley and Flat Holly went exploring downtown. 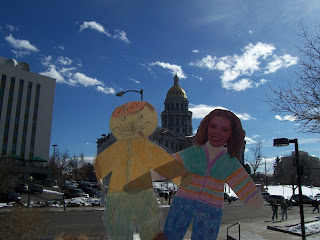 This is the capitol building where the Governor of Colorado works. It's where all the laws are made. 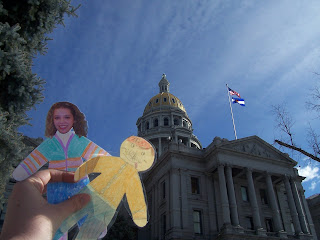 The capitol has a big gold dome and it is exactly 5280 feet above sea level, which is one mile. That's why Denver is called the Mile High City. 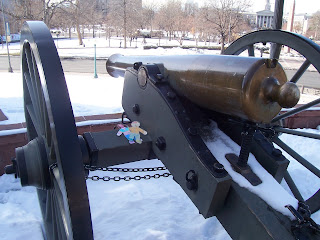 There are cannons in front of the capitol to protect it from invaders. Stanley and Holly tried them out. 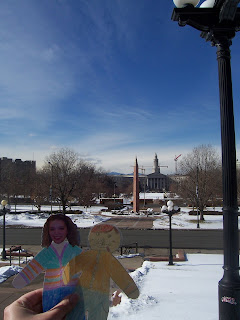 Across from the capitol is Civic Center Park, and at the other end is the County building and the Denver Mint. The mint is where money is made. 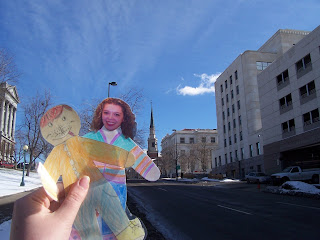 There are lots of churchs in Denver. This one next to the capitol has a tall spire. 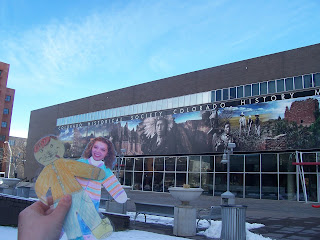 This is the Colorado History Museum where you can learn about the Native Americans and pioneers who lived here over 100 years ago. 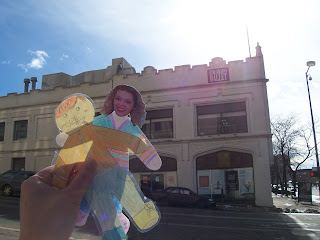 Here is the Colorado Ballet where all the Ballerinas practice dancing. 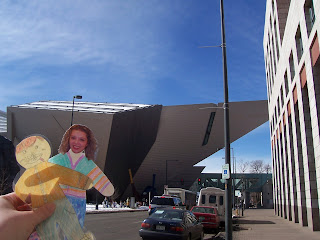 This is the new Denver Art Museum. Isn't it a crazy building? 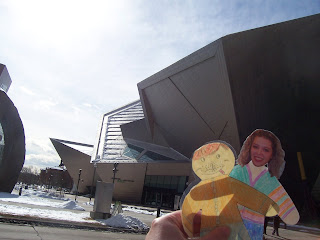 It has lots of angles and looks like a spaceship. It was designed by a famous architect named Daniel Libeskind. 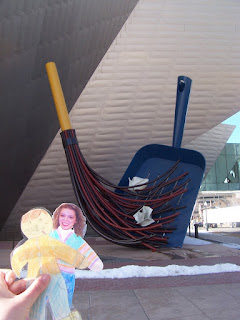 Look! A giant broom and dustpan! 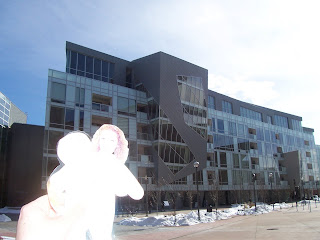 Here's another building with crazy windows. 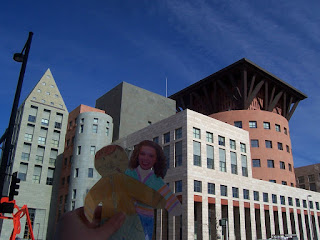 Across the street is the Denver Library. It was also designed by a famous architect. His name is Michael Graves. 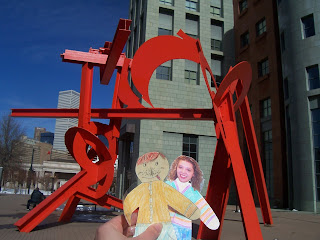 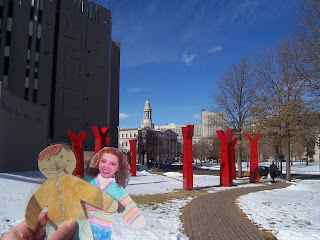 This is another sculpure of big red Ys that have messages of peace on them. 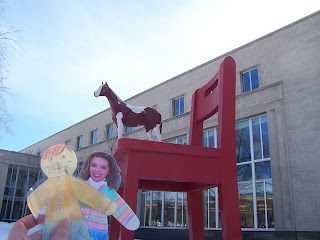 But this is Stanley's favorite sculpture of all. A giant chair with a horse on it! Then Flat Stanley and Flat Holly went back to work so he could see his new friends.
Goodbye Flat Stanley! Come back and visit us again!
Posted by Holly at 7:44 PM

I love Stanley! Thanks for posting all of the pictures of your office and around Denver in such a creative way! You are an amazing aunt!