The Police are Back! 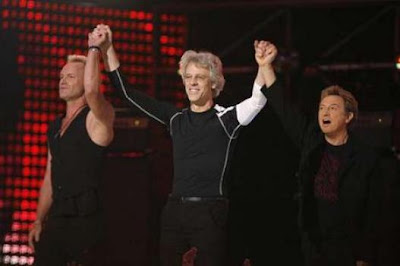 I got them! I have tickets to see The Police in Denver this summer! I've always been wary of a reunion. I hate it when bands get back together and they just look old and desperate. But if their performance at the Grammy's is any indication the concert should be incredible. I know I can count on Stewart to keep Sting from becoming complacent. Hopefully the edge will still be there and the music will continue to evolve.

Now I'm waiting for the Crowded House tour to be announced. (I still can't believe my two favorite bands got back together in the same month.)
Posted by Holly at 3:54 PM No comments:

LOGAN, UT– Lucky Spendlove Murdock’s luck finally ran out at 12:45 Thursday morning February 22, 2007 in Logan, Utah; following an extended illness. Lucky was born on or around January 1, 1992 in Logan, Utah, the son of a Golden Retriever father and a Cocker Spaniel mother. He was one of an unknown litter.

Lucky was born in Logan, Utah. He was abandoned as a pup, but later adopted by the Steve and Cheri Murdock family on Sumac Drive where he grew up as a happy and contented canine. He attended Logan Obedience School where he was a somewhat interested student. He led an active life when someone took him for a walk or if the door was accidentally left open. Lucky enjoyed laying around the house, begging for food, and hiding under the bed. He was a very kind and considerate canine who loved his human family and was greatly loved in return. His life was one of loving his family, especially his step-mother, Cheri Murdock. He enjoyed being petted and in being let outside to run around. He greatly appreciated being provided a secure and comfortable home. Family trips to his step-grandparents, where he could run wild and act nuts in their large yard was a highlight of his life.

He made friends easily and when someone showed him even the slightest attention they became a lifetime friend. Lucky will be greatly missed by all who loved him. He is survived by members of his human family which include: Cheri, Steve, Holly, and Shannon Murdock, all of Logan; Brandon, Jan, Paige, Oliver, Cameron and Aiden Murdock of Clinton; Bron, Rachelle, Ethan and Colin Murdock of Hyde Park, and Brett and Annie Murdock of Alta Loma, California. Lucky was greeted in Heaven by his step-greatgrandmother Zola Allen and feline step-brother Bodow. Burial will be at the Murdock Pet Cemetery Logan, Utah. Friends and family may call at the cemetery at any time. A graveside service will be held at a date and time that is yet to be determined.
Posted by Holly at 12:18 PM 2 comments:

I finally have my travel itinerary for Qatar. I won't announce the exact dates online, but I will be gone for 11 days! The flight will be about 24 hours each way and we will come in a few days before the conference to participate in a charette with the other students. I will miss seven days of school. I'm glad all my classes are in my department and they will let me go. But I have no idea how I will get everything done this semester.

To add to everything else going on I found out this week I won another competition. It's not time yet to announce the details, but it will involve me travelling to San Francisco three days after I get back from Qatar! I'm exhausted just thinking about it.
Posted by Holly at 4:12 PM No comments:

I've been neglecting this little blog because I've been working on another blog (see previous entry) . That blog has been part of a competition entry for a design conference called Tasmeem. The competition is to identify an issue dealing with water and generate design solutions for the problem. I worked on the project with a friend and we focused on the 1.2 billion people who don't have access to a source of clean drinking water and the 6,000 children who die every day from a water-borne illness. It's a little outside the realm of interiors, but it was fun to apply what I've learned to another area of design.

I just found out that we won! The prize is all expense paid trip to for a sustainable design conference in March. The speakers are some of the best in the world - David Suzuki who spoke at Greenbuild, Cameron Sinclair the founder of Architecture for Humanity, Susan Szenasy the editor of Metropolis, and other architects and designers from around the world.

Yes, that's right! I'm going to Qatar! Where in the world is Qatar?! Here it is: 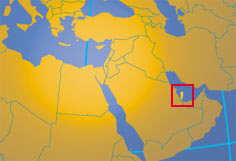 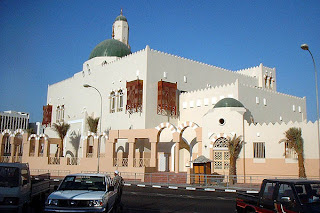 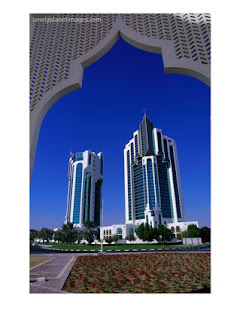 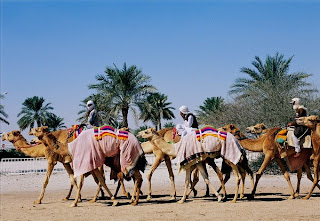 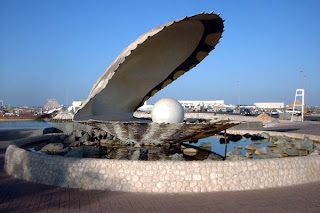 It is also the home of Virginia Commonwealth University in Qatar who is sponsoring our visit. 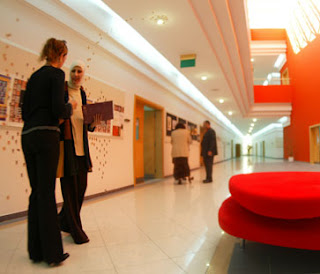