I haven't figured out the winters in Colorado yet. The year before I moved here the Metro area was hit my a series of blizzards over Christmas that trapped people in their homes for weeks. It was so severe that it resulted in a Blizzard Baby Boom nine months later. I was so worried I bought a new car before I moved. Since then the storms have pathetic, and the snow doesn't stay around for long. Last week temperatures in Denver were in the 70s for the Tax Day Tea Party (more on that to come), but on Friday the biggest storm of the season hit. Coloradans are horrible drivers in the snow, so I took a Snow Day and stayed home. By Friday night we had 8-10" of wet, heavy snow on the ground. It's the most snow I've seen since I left Utah, and it was beautiful. 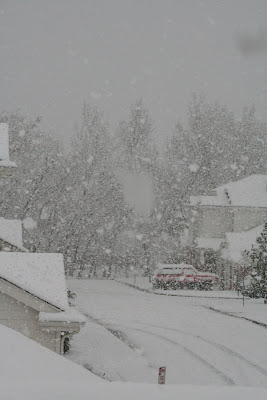 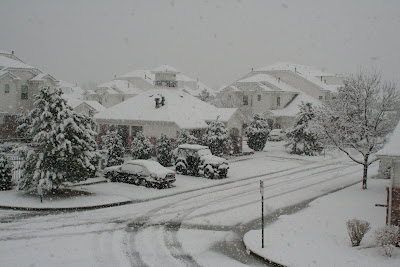 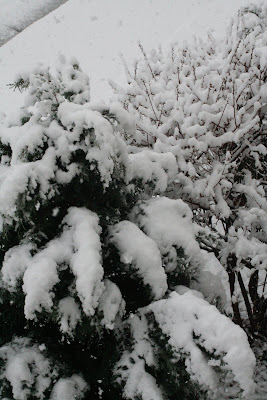 The storm continued through Saturday and the snow turned to rain. Rivers of water and slush ran through the streets. 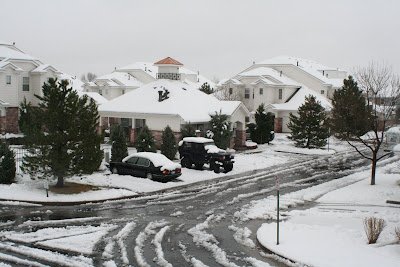 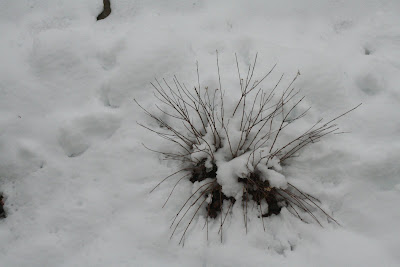 Today temperatures reached the 60s and the snow is all but gone. 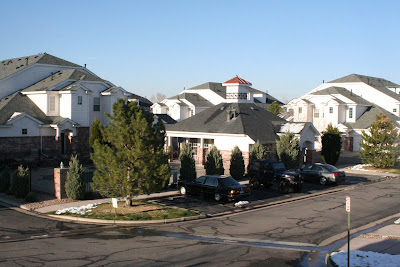 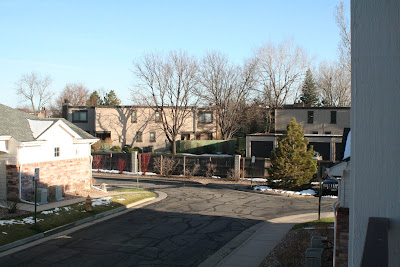 I'm so disappointed. I wait all winter for snow. It finally comes in April and it's gone in 36 hours. On Tuesday the temperature will be back in the 70s.
Posted by Holly at 8:36 PM

The flakes look so huge in the first photo! I love the one before and after photo- it looks so dramatically different.

We have just had snow in England too, but, like yours, it looks to be on its way out. Still, you got some pretty photos while it was with you.

I like what I see so i am just following you. Look forward to looking into your web page for a second time.

With latest features such as the fantastic change as well as the dueling arena, you can create a great deal of Doctor quick. One method to earn money from the dueling arena can be finding adversary you know you will wipe out along with staking lots on the combat. As well as for some skills, that can be done mining as well as smithing, these are advantageous to generate Urs income.

Beautiful picture! Thanks for sharing.....